What can we do when our best efforts to problem solve fails? 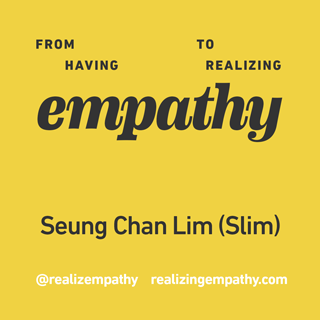 This audio program explains why approaching people problems as “problems” not only often fail to improve the situation, but also make things worse by eliciting people’s resistance and resentment. It also debunks the myth that care and compassion are the keys to better leadership. Finally, it proposes an alternative to problem solving, called paradox dissolving, to help you identify and address the source of why the problem arose in the first place.

We realize empathy when we empathize with someone or something we previously could not, by experiencing a moment of realization, where we go “Ah ha!” “Ah...” or “Ha ha ha!” concerning something we either did not or had incorrectly assumed to understand or appreciate fully.

Reviews of the Audio Program 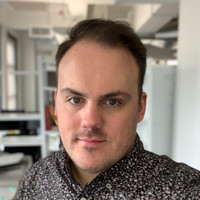 After listening to the audio program, I reached out and asked my teammates about my behavior. One person told me I wasn’t setting expectations clearly. He was someone I considered a problem. I tried my best to look at him with a fresh pair of eyes. It was uncomfortable. Eventually, I could feel how frustrated he must be, working days and nights, with me as a boss giving him seemingly random advice. Just as it was said in the audio program, I could see that the problem was both of us. So I decided to research how to get clear.

After changing my behavior, the team’s morale eventually improved, because we’ve come to trust each other’s willingness to learn. This also ended up killing some of my impostor syndromes, because I could now have direct conversations with my teammates instead of sitting around doubting myself.

By realizing empathy, I have gone from thinking “Maybe he is a problem I can’t solve” to “He is a UX designer who is open and willing to learn from feedback.” Without the self-reflection and trying to understand the other, I never would have gotten there. I now feel more proud of my team than ever.

Reviews of the Half-Day Workshop Based on the Audio Program

This workshop is intense. It stays with you for a long time until it settles.

Since the workshop, I now see more clearly how and why cooperation and collaboration are hampered within organizations. In the absence of empathy, we easily judge people as “playing politics,” instead of seeking to learn what is really going on. People are not always willing to share what is really going on, either. What results from this is a lack of trust. Not only with our colleagues, but also with the stakeholders. Since people don’t speak honestly with one another, prejudice remains and trust deteriorates.

What I learned from the workshop is that without being able to empathize with each other, losing trust becomes easy while building or recovering trust becomes difficult. This is especially so with upper management. Realizing empathy with upper management was not a topic I gave much thought prior to the workshop. I have become much more sensitized to this ever since. This is not an easy challenge, so I plan to continue work on this front.

Prior to the workshop, I was managing two groups in conflict. As their leader, I felt responsible for bringing peace and harmony to their relationship. I thought that’s what I should do as a leader who cares: to solve their problem. I thought this was being empathic. But this was not working. It was draining my energy and the conflict stood in our way so that we could not progress in the common tasks.

What the workshop taught me was that “No,” I don’t have to solve their problem. That is not what it means to be ‘empathic.’ In fact, the more I tried, the less energy I had to work with them. This is the paradox I have learned since the workshop.

I now feel that my energy is no longer drained. They are directed toward a shared purpose myself and the team has discovered together. The energy now brings everyone forward. I also have more energy to work on what matters the most to me.

Hyper-Empathizing points to B′. an experience, where we’re feeling as if there is no or cannot be any distance, distinction, or boundary between ourselves and an “other.”

Empathy is a word invented to explain our potential to move from A. to B. or B′.

Articles inspired by the Audio

Before I started my research in art school, I had prided myself as an expert in empathy. This was a byproduct of belonging to a movement called human-centered design. Upon completing my research in 2012 and having gone through a profound transformation in perspective, I came to recognize how arrogant I had been.

irony is judging others for lacking empathy

Upon publishing my first book in 2013, I received feedback through an international tour. I then quickly realized that my work was not over. Because during the tour, I saw how people were weaponizing empathy against each other. It became clear to me, that I had to shift my focus from talking about the creative power of empathy to shedding light on what makes realizing empathy difficult: stress.